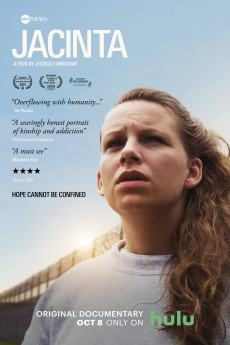 Documentary Filmed for over three years, JACINTA begins at the Maine Correctional Center where Jacinta, 26, and her mother Rosemary, 46, are incarcerated together, both recovering from drug addiction. As a child, Jacinta became entangled in her mothers world of drugs and crime and has followed her in and out of the system since she was a teenager. This time, as Jacinta is released from prison, she hopes to maintain her sobriety and reconnect with her own daughter, Caylynn, 10, who lives with her paternal grandparents. Despite her desire to rebuild her life for her daughter, Jacinta continually struggles against the forces that first led to her addiction. With unparalleled access and a gripping v챕rit챕 approach, director Jessica Earnshaw paints a deeply intimate portrait of mothers and daughters and the effects of trauma over generations.